Deadly Mercury: How To Detox 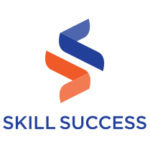 Mercury poisoning, a type of metal poisoning and a medical condition, is caused by exposure to mercury or its compounds. Mercury is a heavy metal. All forms of mercury produce toxicity or death with less than a gram. The damage done by elemental mercury is caused by blocking blood vessels. Mercury’s zero oxidation state exists as vapor or as liquid metal, its mercurous state exists as inorganic salts, and its mercuric state may form either inorganic salts or organomercury compounds; the three groups vary in effects. Toxic results include damage to the brain, kidneys, and lungs. Mercury poisoning can result in several diseases, including acrodynia (pink disease), Hunter-Russell syndrome, and Minamata disease.

Identifying and removing the source of the mercury is crucial.

Unfortunately, mercury is in our air and possibly in your teeth.

Some of the toxic effects of mercury are partially or wholly reversible, either through specific therapy or through natural elimination of the metal after exposure has been discontinued. Autopsy findings point to a half-life of inorganic mercury in human brains of 27.4 years. Heavy or prolonged exposure can do irreversible damage, in particular in fetuses, infants, and young children. Young’s syndrome is believed to be a long-term consequence of early childhood mercury poisoning. Mercuric chloride may cause cancer as it has caused increases in several types of tumors in rats and mice, while methylmercury has caused kidney tumors in male rats. The EPA has classified mercuric chloride and methylmercury as possible human carcinogens.

Fluorescent lamps contain mercury which is released when bulbs are broken. Mercury in bulbs is typically present as either elemental mercury liquid, vapor, or both since the liquid evaporates at ambient temperature. When broken indoors, bulbs may emit sufficient mercury vapor to present health concerns.

In this course, we discuss the dangers of Mercury, where you can be exposed to it without knowing and what to do about it.

Then you learn about the mainstream medical approach and some pros and cons of their processes.

What is Nature’s answer to Mercury?

Get started today and learn how to detox.

Our Promise to You
By the end of this course, you will have learned strategies to detox.

30 Day Money Back Guarantee. If you are unsatisfied for any reason, simply contact us and we’ll give you a full refund. No questions asked.

Get started today and learn how to detox from Mercury!

Scott Paton has been podcasting since the spring of 2005. He has executive produced and/or co-hosted over 35 podcasts. An internationally renowned speaker, Scott has presented to audiences from London, England to Sydney, Australia, from Vancouver, BC to New York, NY, from LA to Rwanda. Thousands of entrepreneurs and NGO’s have changed their public engagement strategies based on Scott’s sharing. We hope you will, too!

Scott has over 48,500 students from 168 countries taking his courses.

In late 2014, one of his clients inspired him to make a video course on Podcasting. After his course went live, Scott told his clients and many decided to make courses but needed help, so he has become a co-instructor with them while continuing to support and build his own courses. His co-topics all include areas of life-long learning by Scott, including Stock Options Trading, Alternative Health, EFT, and Relationships. Essentialism: A Minimalist Guide To The Pursuit Of Less